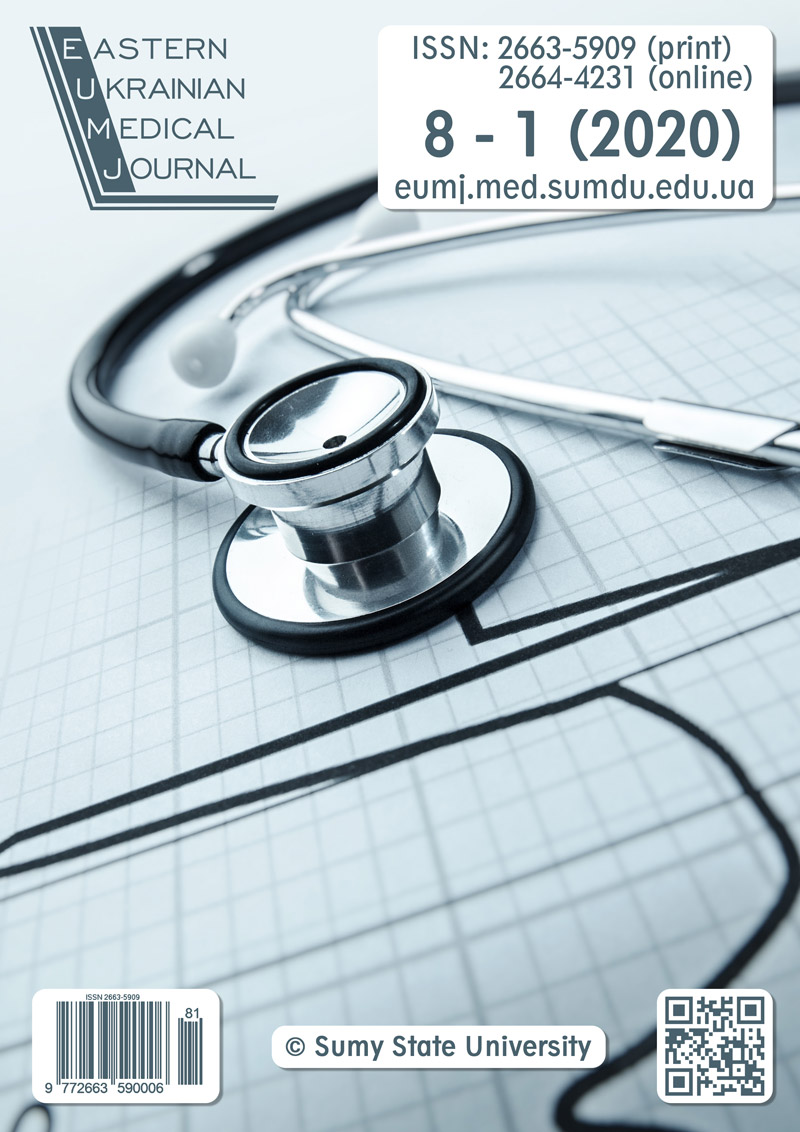 children with chronic gastropathology, algorithm of complex assessment of a condition of an organism

Introduction. Assessment of the general condition of the human body is very important in the practical activity of the health care worker, because its adequacy depends on planning the treatment tactics for the patient at all stages of medical care, both pre-hospital and in-patient care. This is especially true in critical situations, where the proper assessment of the condition severity depends on the provision of emergency medical care and, as a consequence, the life of the patient. The common algorithms for the diagnosis of diseases are based on an objective and timely evaluation of laboratory and functional tests. Their results, together with clinical indicators, allow making correct diagnosis and prescribing adequate treatment, but it is much more difficult to use these methods in pre-illness states, i.e. in the early stages of disease, since most commonly accepted functional and laboratory markers are within the reference values. In patients requiring rehabilitation or preventive measures, significant deviations from normal rates are also often underdiagnosed and this is only a small list of problems that prevent the physician from fully utilizing the preventive potential. Therefore, based on the above, the need to develop and put into medical practice a simple and effective method that would objectively determine the condition of the patient's body, regardless of age, sex, clinical status, is quite relevant.

The objective of the work is to study the clinical effectiveness of the algorithm of complex assessment of the organism status to assess the gene­ral state of the organism.

Materials and methods. The general condition of 35 children aged 12 to 17 years with gastrointestinal lesions, who were treated at the pediatric ward of Sumy City Children's Clinical Hospital for exacerbation of the disease, was evaluated. As a comparison group, 25 practically healthy children of the same age, without chronic diseases, were examined. Assess­ment of the general condition of the child's body was carried out using the algorithm of complex assessment of the condition of the body. This algorithm is developed for the purpose of integral estimation of the general state of an organism on the basis of determination of the degree of severity of typical pathological processes ­– inflammatory process, level of endogenous intoxication, evaluation of metabolic processes, immune balan­ce, and includes an integral assessment of the functional capacity of infant organism.

Results and Discussion. It was found that all children at the time of hospitalization during exacerbation showed signs of inflammation, manifested as the presence of characteristic clinical symptoms and changes in laboratory parameters: the inflammatory process of low intensity was detected in 33 children (94%) and of average intensity ­– in 2 children (6%). The level of endogenous intoxication was also elevated in all children, of whom 14% had an average level and 86% had a low level.

At the same time, when assessing the general condition of the orga­nism using a standard set of laboratory and functional methods of examination in terms of the informative value of these indicators, predicting the course of the disease and choosing the tactics of treatment, the results obtained were not always correct, because the individual indicator did not fully reflect the status of that or another pathological process.

Conclusions. The analysis of the work showed that in children with chronic diseases of the gastroduodenal zone on the background of exacerbation of the disease occurs a number of significant changes, manifested by the presence of inflammatory process, increased levels of endogenous intoxication, imbalance of the immune system, in the form of reduced nonspecific immune systemic immune system disorders of adaptation mechanisms, and conducting a comparative analysis of the evaluation of the general condition of the organism using a standard set of laboratories. The methods of examination in terms of informative value of these indicators, prognosis of the disease, the choice of treatment tactics and the application of the algorithm of complex assessment of the state of the organism, showed a significant advantage of the latter that allows recommending the algorithm of complex assessment of the state of the organism for widespread implementation in practical medicine.