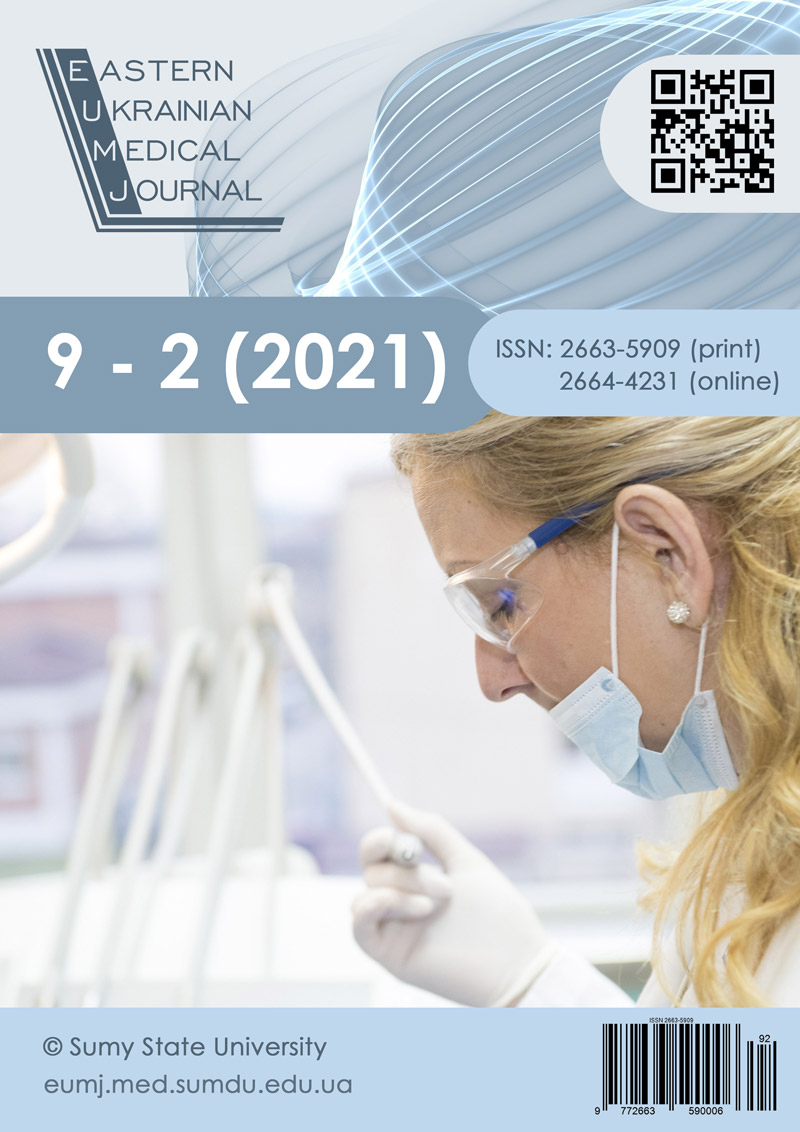 Introduction. In Ukraine, the state of pregnancy in adolescent girls aged 13–17 years is considered early or adolescent pregnancy. The problems of teenage pregnancy are extremely relevant in Ukraine: in ten years, almost 100,000 girls aged 16–17 became mothers, solving the problems of teenage births. The urgency of the problem of pregnancy in young girls gives grounds to consider and treat this issue as a serious social and psychological problem that requires further study and development of measures to prevent it.

Purpose. The purpose of the research is to study the state of reproductive health in young women among the population of Lviv region, determining the frequency of adolescent pregnancy and taking into account the contribution of gynecological pathology and menstrual disorders.

Materials and Methods. A retrospective analysis of the primary medical records of 134 young women was conducted. We studied the frequency of adolescent births, social status, medical surveillance coverage during pregnancy, reproductive history in adolescent women for 4 years in Lviv Regional Clinical Hospital.

Conclusions. Analysis of the prevalence of adolescent pregnancy showed that the frequency of childbirth in young women remained stable for four years: in 2014–2017, in the maternity wards of Lviv Regional Clinical Hospital, 134 women under the age of 18 gave birth, which is 0.82–0.98% of the total number of births.

A significant majority (p <0.05) of them (78 women) were 17 years old (that is 58.2%) and 84 women lived in rural areas (62.7%); 97 women were not married (72.4%). Only 1/3 (34.3%) of young women were registered in a women's clinic before 12 weeks of pregnancy, and 10.4% of them were not followed up by doctors at all during pregnancy. The study of menstrual dysfunction, namely irregular menstruation, showed the presence of this indicator in more than 1/2 (80–59.7%) out of 134 young women. According to the results of the study, despite their young age, 127 (94.8%) of 134 women were pregnant for the first time, and 7 (5.2%) women had consecutive pregnancy. Among 7 (5.2%) women who had consecutive pregnancy, only 4 (3.0%) had an uncomplicated pregnancy, and three (2.2%) subjects had a history of one (0.7%) silent miscarriage, premature birth, medical abortion. More than 1/3 (50–37.3%) of young women gave birth to children with poor health. The most common cause of reproductive disorders in young women of the main group was prematurity of newborns (37.3%). The data obtained indicate the feasibility of studying adolescent motherhood, which will be especially valuable in the context of developing effective demographic policies.